Try out our new Daily Challenge. A new set of questions every day!

Bright and lively pages encouraging the use of the metric system.

The metric system takes centre stage in the Year 5 Measurement Programme of Study, emphasising the importance of converting between different units of metric measures.

By the end of Year 5 children should know the following relationships between metric units:

Whilst most measurement that children come across will be metric, in the real world the old imperial system is still used, especially with regard to road measurement and vehicle speeds. This means that children will also be expected to understand and work with both systems, including equivalence between metric and imperial, something which many will find a step in the wrong direction.

Children should know common imperial unit conversions to metric, including:

The pint is about 570 ml, a little more than half a litre

The gallon is a little less than five litres.

Calculating and comparing the areas of squares and rectangles is also highlighted using standard units such as square centimetres and square metres. 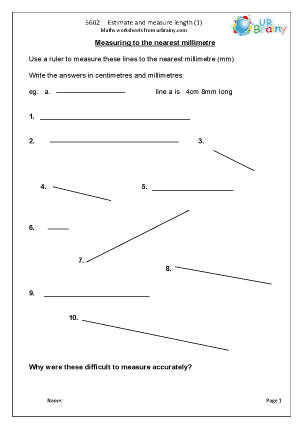 Using a ruler to measure to the nearest centimetre or millimetre. (Please note that printers will print the page at different sizes according to printer settings.) 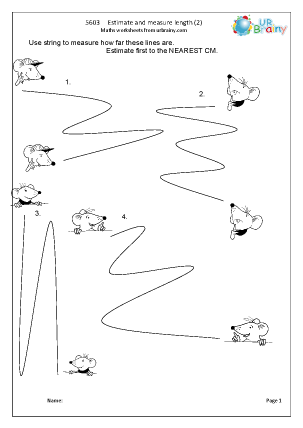 Estimating and measuring the length of various household objects. 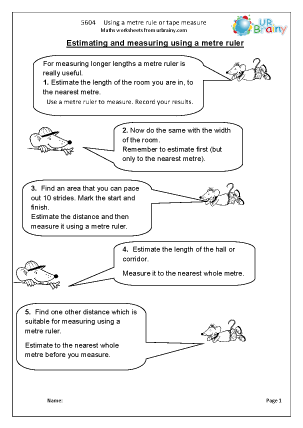 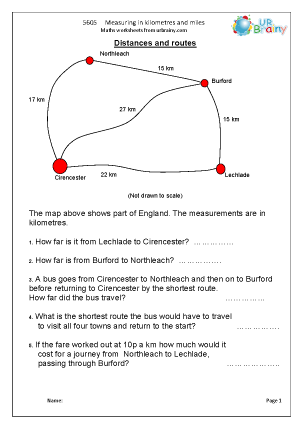 Looking at maps to find distances in kilometres. 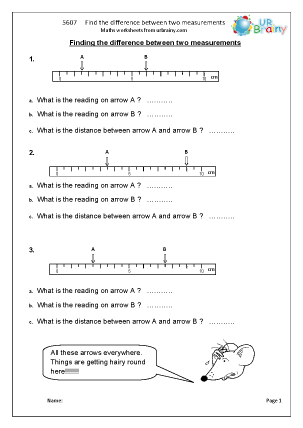 Interpreting scales to find the distance between two points. 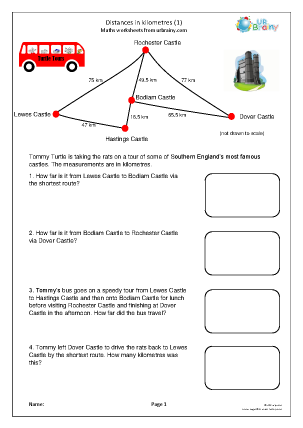 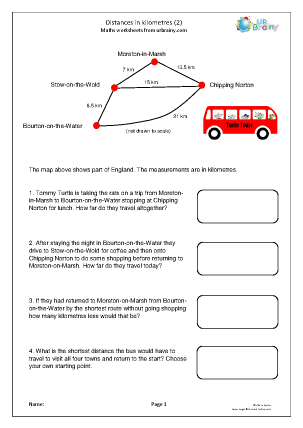 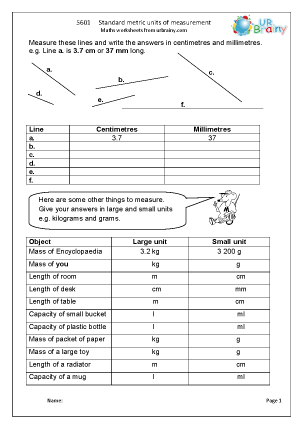 Understanding and converting the common metric units of length, weight and capacity. 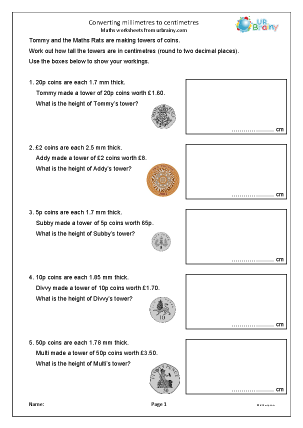 Using the thickness of coins as a topic for converting measurements. 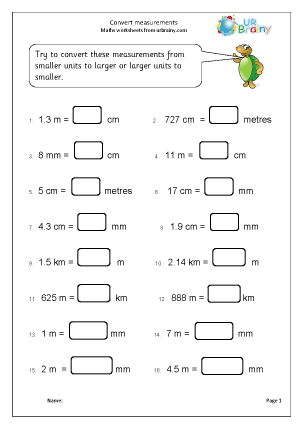 Convert measurements from smaller units to larger or larger units to smaller. 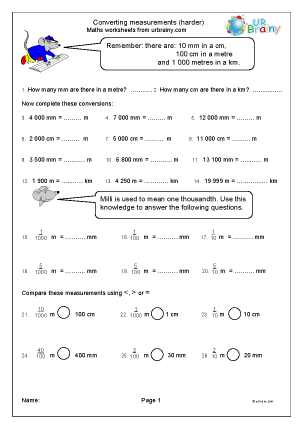 Harder conversions from mm to cm and m to km. 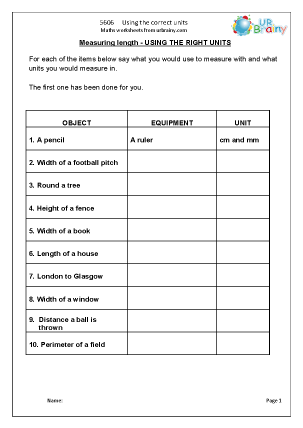 Deciding which is the best unit to measure with. 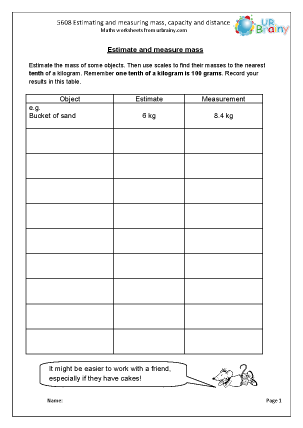 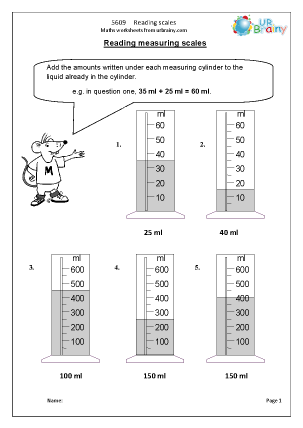 More reading scales where not all the divisions are numbered. 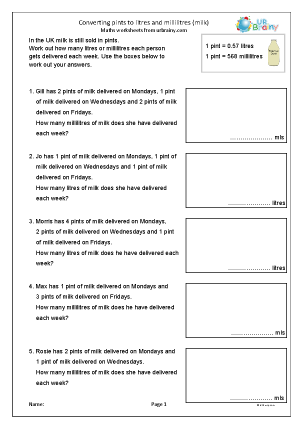 Converting pints of milk to millilitres or litres. 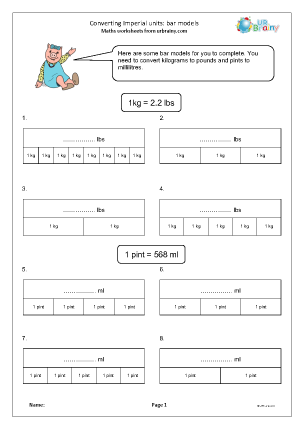 Measuring perimeter and area and beginning to calculate area. 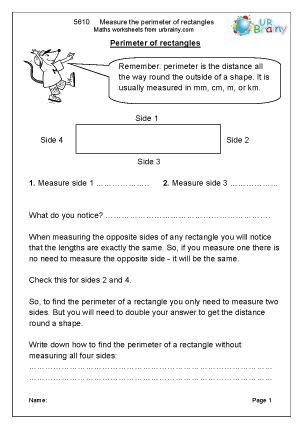 Finding the perimeter of rectangles and using the formula: P = 2l +2w. 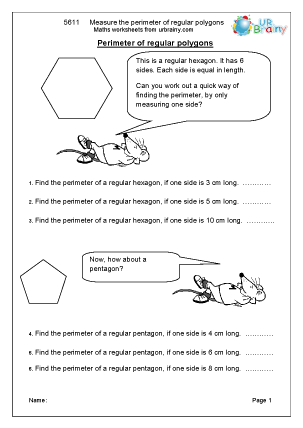 Finding the perimeter of regular polygons such as hexagons and octagons. 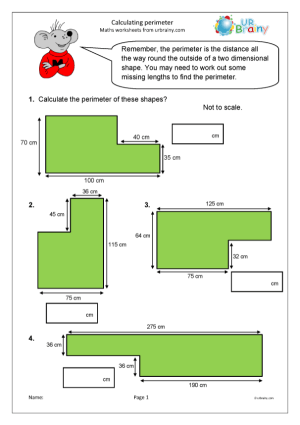 Calculate the perimeter of rectilinear shapes. 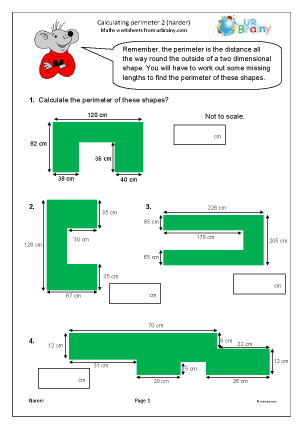 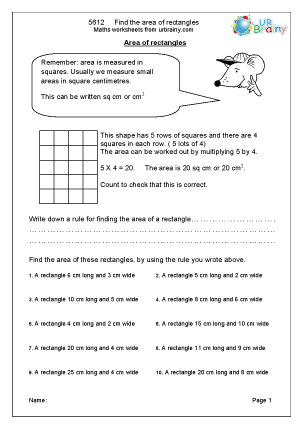 Measuring the area of rectangles in square centimetres. 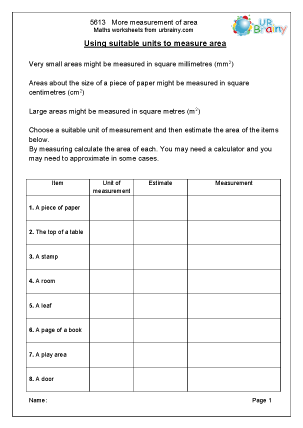 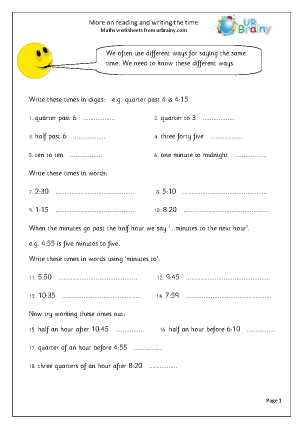 A quick look at the different ways we use to read and write the time. 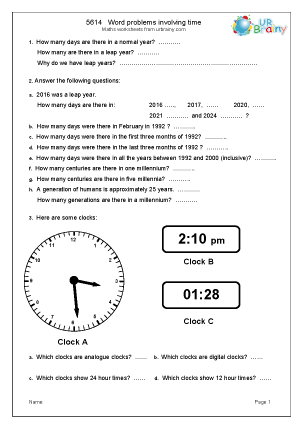 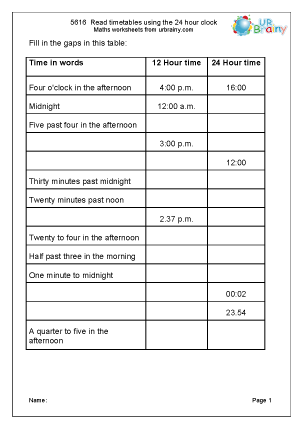 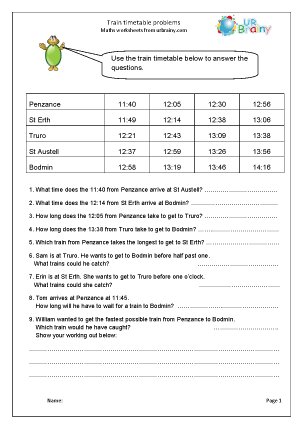 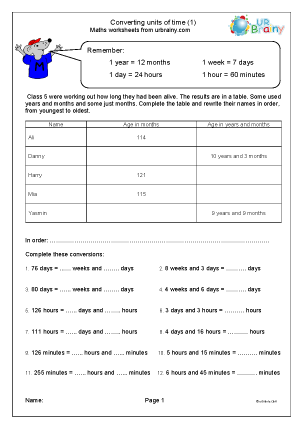 Converting units of time including months to years, days to weeks and minutes to hours. 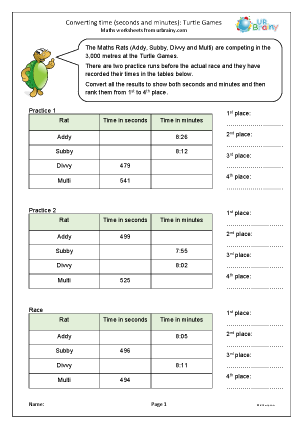 Convert the results of the races to show both seconds and minutes. 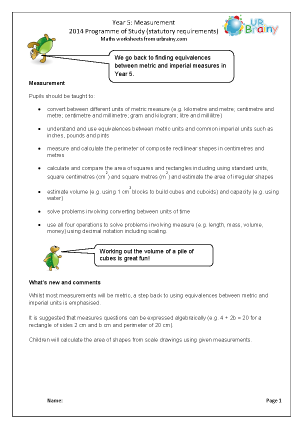 Programme of Study for measurement, including Time.