Accuracy is a key word in the Programme of Study for Geometry in Year 5. Children will be expected to draw lines accurately, to the nearest millimetre.

Measuring angle is also an important part of this year’s work as well as calculating angles from given information.

In full the new Programme of Study is:
Properties of shapes

Pupils should be taught to:

identify 3D shapes, including cubes and other cuboids, from 2D representations
know angles are measured in degrees: estimate and compare acute, obtuse and reflex angles
draw given angles, and measure them in degrees (°)
identify:
angles at a point and one whole turn (total 360°)
angles at a point on a straight line and ½ a turn (total 180°)
other multiples of 90°
use the properties of rectangles to deduce related facts and find missing lengths and angles
distinguish between regular and irregular polygons based on reasoning about equal sides and angles

Pupils should be taught to:

identify, describe and represent the position of a shape following a reflection or translation, using the appropriate language, and know that the shape has not changed

Describe and classify shapes according to their properties. Make shapes. 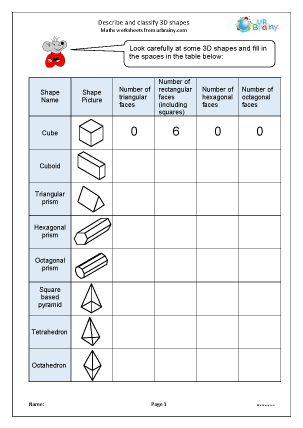 Looking at the properties of cuboids, prisms and pyramids. 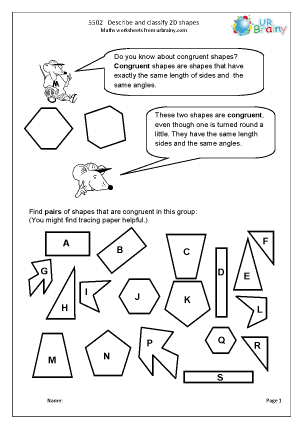 Finding out what congruent shapes are, how to recognise a scalene triangle and using Venn diagrams and tree diagrams to classify shapes. 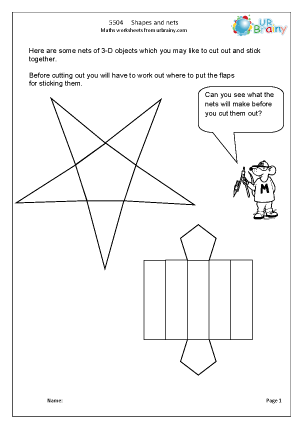 More nets of 3D shapes which can be cut out and folded to make the shapes. 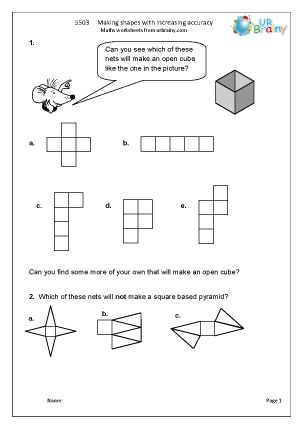 Nets of cubes and pyramids and making 3D shapes from cubes. Using a pinboard to make 2D shapes that obey set rules. 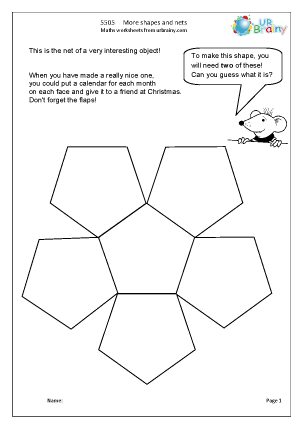 Net of a 12 sided shape, more on nets for a cube and some ideas for tangrams. 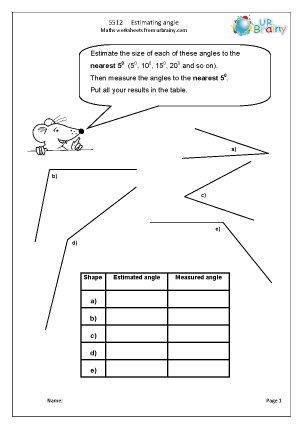 Practice at estimating and measuring angles. Remember, angle is a measure of turn. 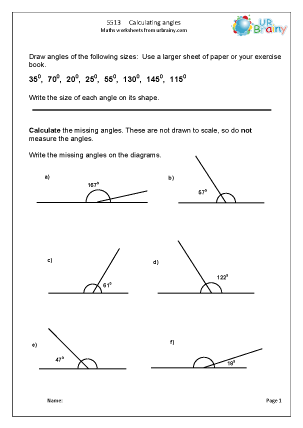 More on measuring angles and calculating angles from given information. 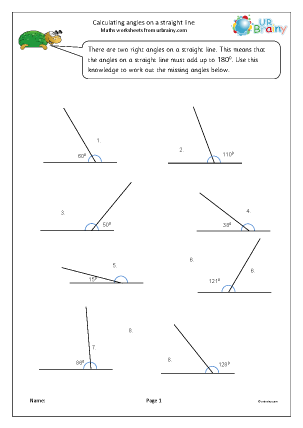 Calculate angles given the knowledge that there are 180 degrees on a straight line. 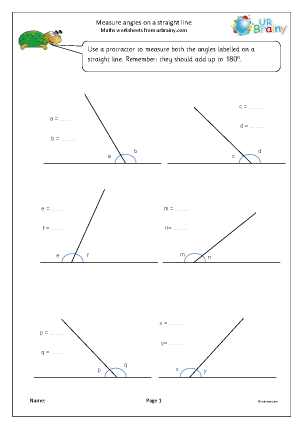 Use a protractor to measure angles on a straight line. 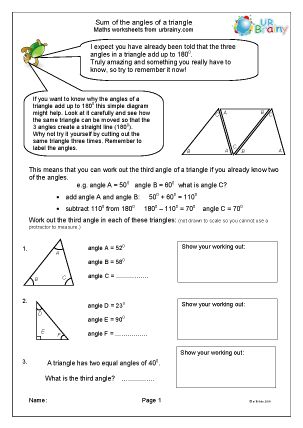 Using the knowledge of the sum of the angles of a triangle. 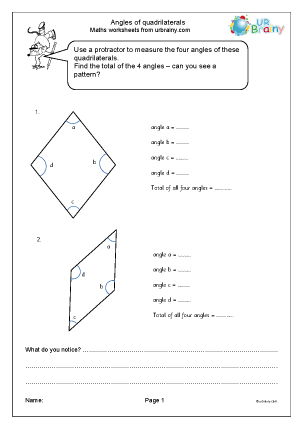 Use a protractor to measure the angles of quadrilaterals. 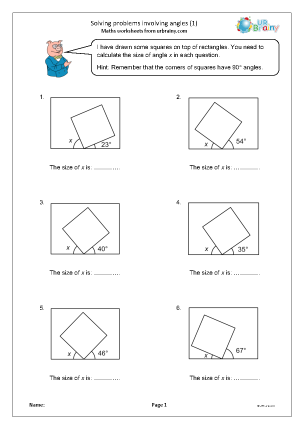 Using knowledge of angle to work out the size of the marked angles. Tricky. 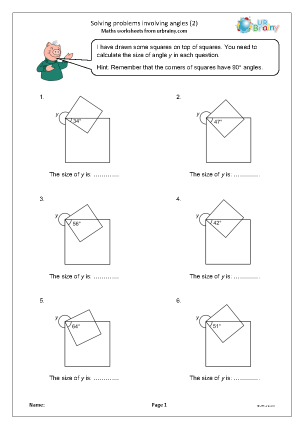 A good knowledge of angle is needed for these problems. 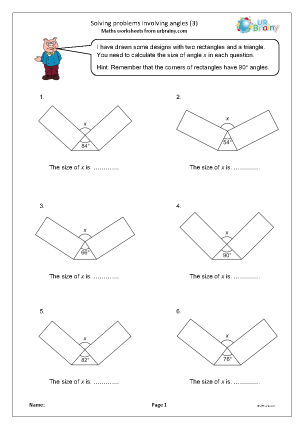 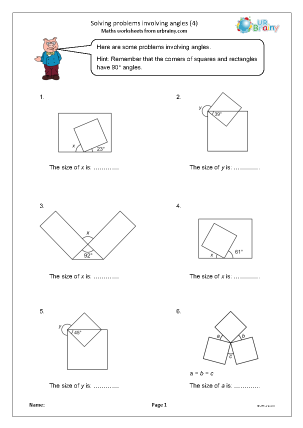 Further work on shape including translations and reflections, symmetry and co-ordinates. 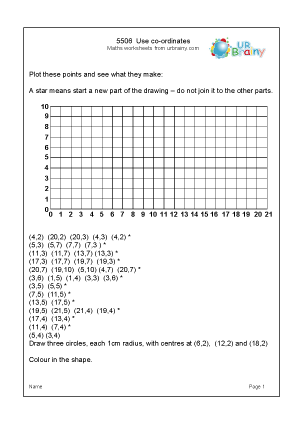 Using co-ordinates in the first quadrant to make shapes and solve problems. 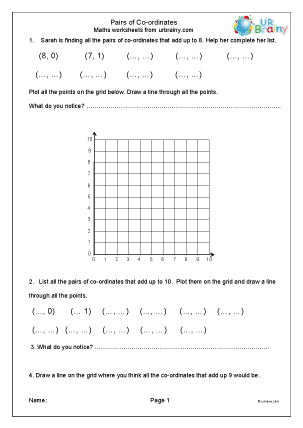 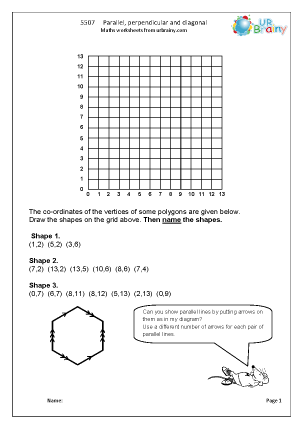 Parallel lines are always the same distance apart and perpendicular lines are at right angles to each other. 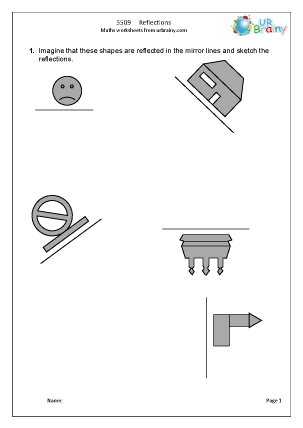 Reflective symmetry; a mirror is really useful to help visualise this. 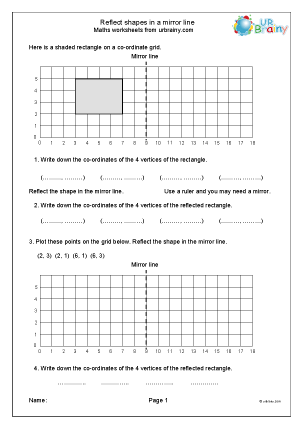 Reflecting quadrilaterals in a mirror line and writing co-ordinates. 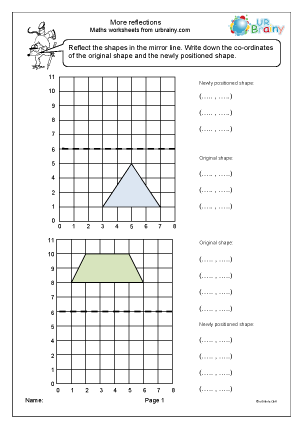 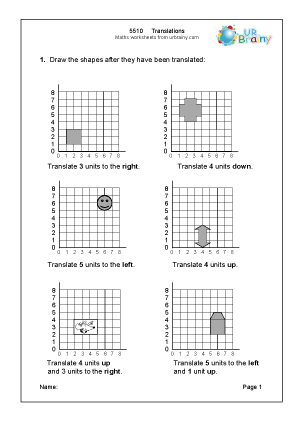 Translating shapes across a co-ordinate grid. 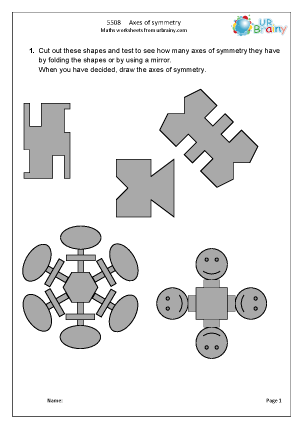 2D shapes may have lots of axes of symmetry, or none at all! 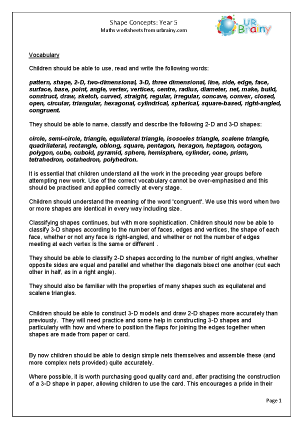 A run through the main concepts in shape, position and angle in Year 5. 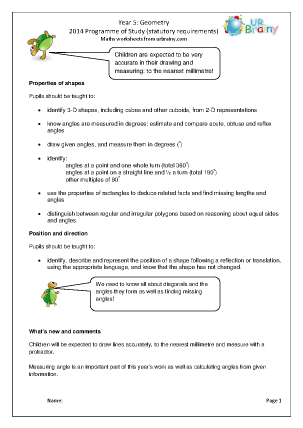 Statutory requirements for Geometry in Year 5.