Ratio and proportion is now a separate category in the new Programme of Study, just for Year 6 children. There are some tricky terms to understand, including the following vocabulary:

to every, for every, in every, as many as, proportion.

Children should understand that a phrase such as 'four to every five' compares one part with another part (eg four girls to every five boys) and that four in every seven compares a part to the whole. This use of language is very subtle and needs emphasising often.

Children should be able to handle problems involving simple ratio and proportion and know that 2 in every 5 is the same as 4 in every 10 etc.

To begin with we concentrate on constructing simple patterns in which, for example, every fourth square is coloured.

A good introduction to ratio is to use a ‘feely bag’ with a number of cubes in it of two different colours. Children take out one cube at a time, up to a total of about 10. They record the ratio of the cubes taken out

Before taking any out try to predict the outcome. Change the number of one colour of cubes etc.

Why not take a look at the full range of Ratio and Proportion worksheets? 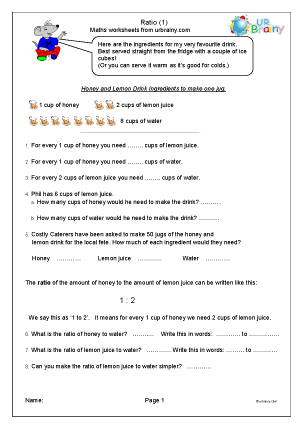 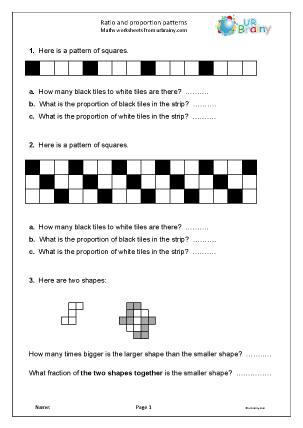 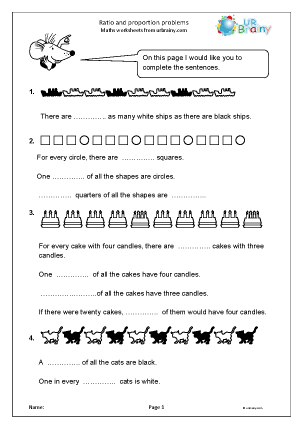 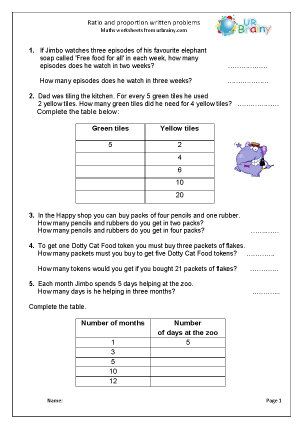 Work on scale and proportion. 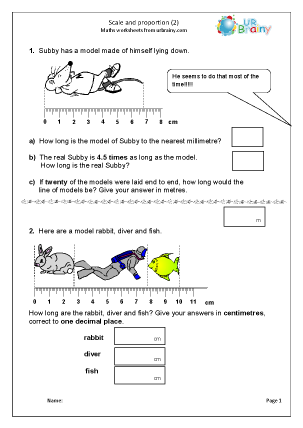 More on scale and proportion. 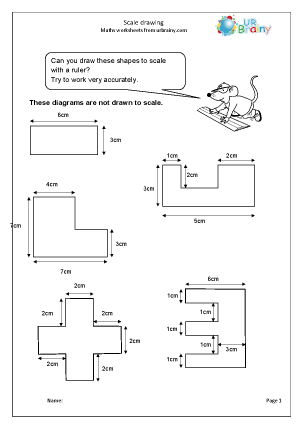 An introduction to scale drawing. 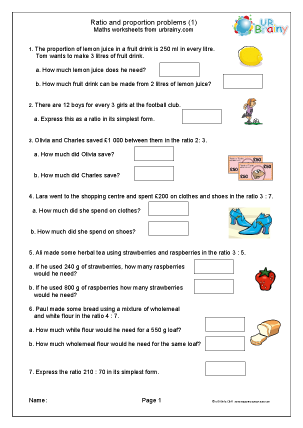 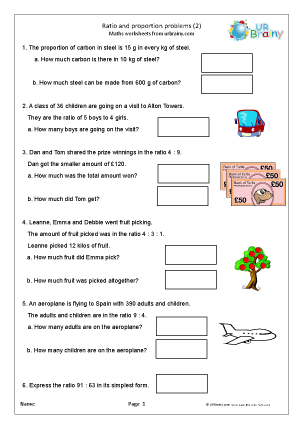 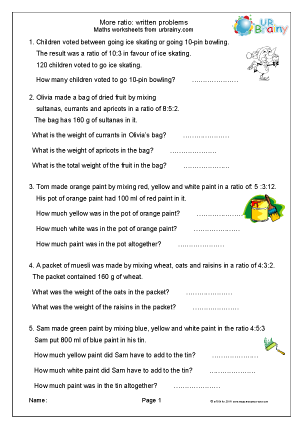 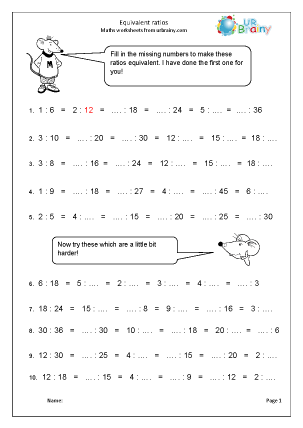 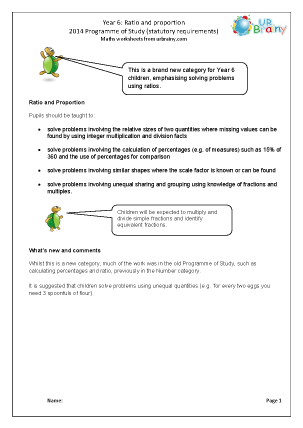 The statutory requirements for Ratio and Proportion in Year 6.