Mental and written methods of division.

With all the basics learned off by heart it is amazing what calculations can be done mentally, including dividing 2-digit numbers by 1-digit. When the numbers get harder a standard method of division will be used accurately and efficiently.

The latest two sets of worksheets we have published are for the brightest children in Year 6 as they look at the long division method with either whole numbers or fractions as remainders.

Learning to use the long division method became rather unfashionable in recent years, partly because it is hard to learn and has only appeared infrequently in the Year 6 SATS. However, it is a major target in the new Maths Programme of Study. 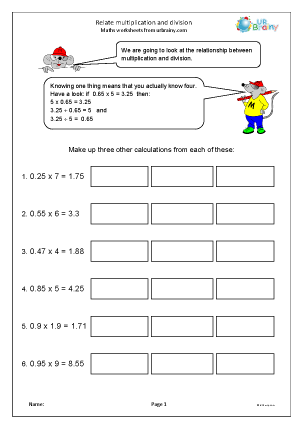 Consolidating the relationship between multiplication and division. Knowing one fact means that you actually know four! 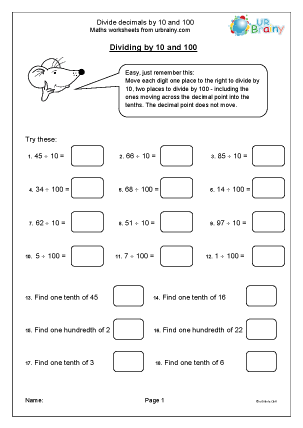 Move each digit one place to the right to divide by 10, two places to divide by 100; including the ones moving across the decimal point into the tenths. 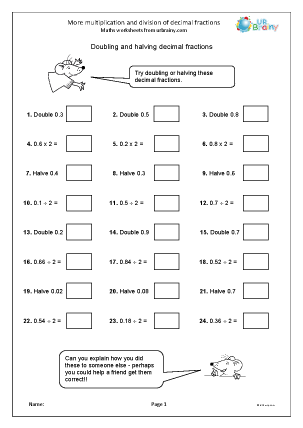 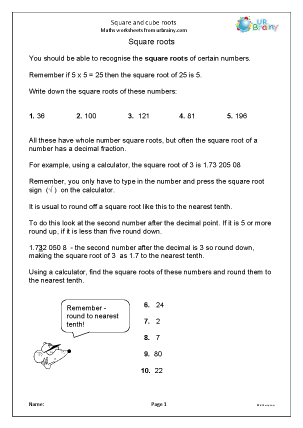 Square roots and cube roots. Only a very few numbers have a cube root which is an exact whole number. One way to find the cube root of a number is by trial and improvement. 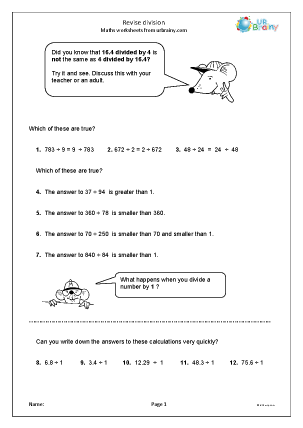 Revision of the main concepts involved with the mental division of numbers. A reminder that a fraction is like a division sum. 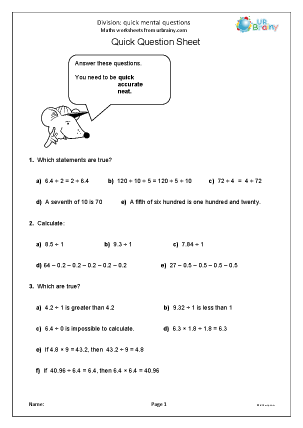 Quick question sheets to check how well division facts are known and concepts are understood. 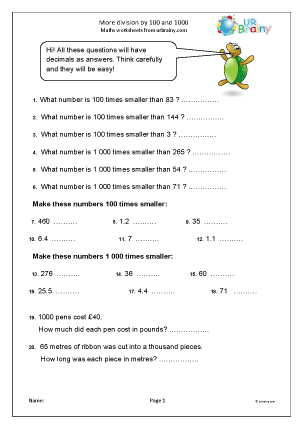 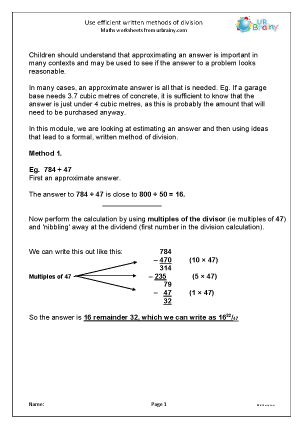 We are now moving towards efficient, or standard written methods of division. 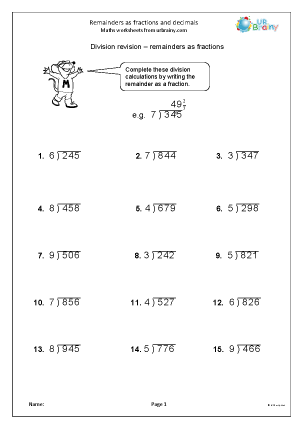 Complete these division sums by writing the remainder as a fraction. 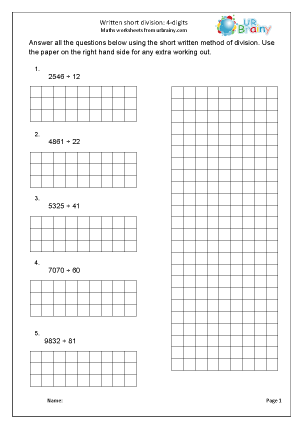 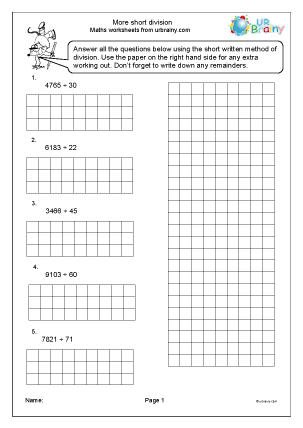 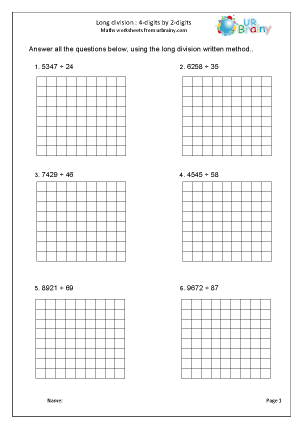 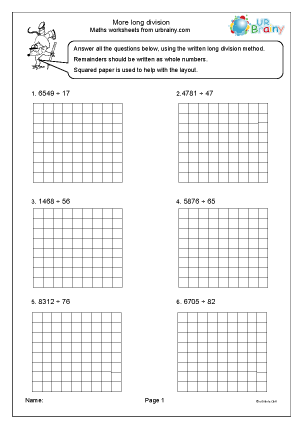 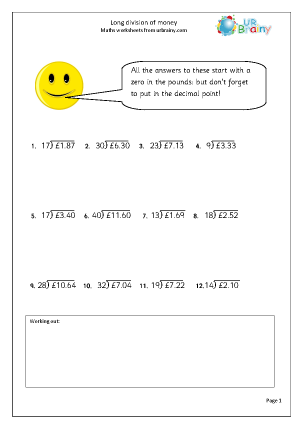 Long division with money. All the answers to these questions have a zero in the pounds column. 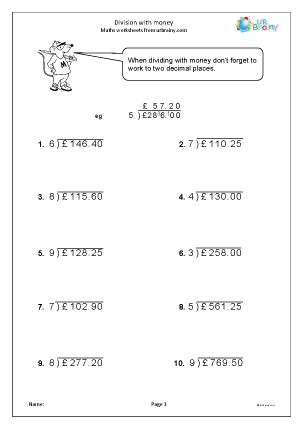 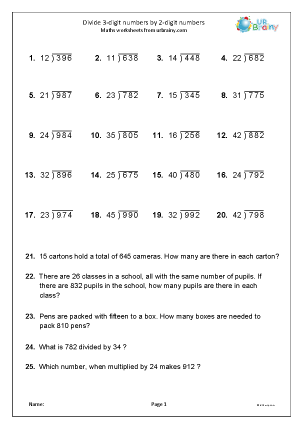 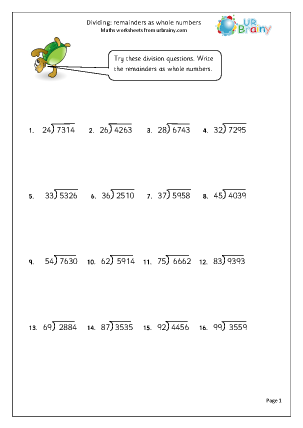 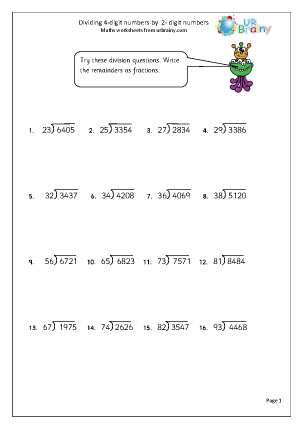